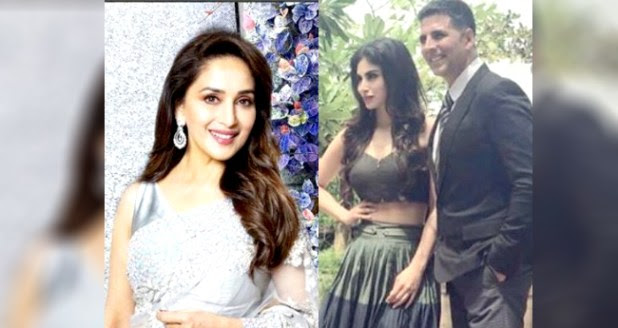 Dhak-dhak girl Madhuri Dixit Nene is going to be back on the silver screen. She chose her co-stars’ film to work with to mark her upcoming film. With the reunion of her co-stars, it will be a year of reunion for her.

Madhuri will be seen with Anil Kapoor in the film Total Dhamaal and she will be seen with Sanjay Dutt in film Kalank. She is going to work not only with these two actors but also she is all set to recreate some magical moments with Akshay Kumar on Dance Deewane. Akshay Kumar alongwith his Gold co-star Mouni Roy will be coming on the show Dance Deewane for the promotion of his upcoming film Gold. How the makers and channels will leave this opportunity uncashed? So, they have planned to create a segment for the actors. The segment will see the actors reviving the magic of their superhit film Dil Toh Pagal Hai. The evergreen film in which Akshay had played the role of Ajay, while Madhuri had portrayed the role of a dancer Maya. Ajay loved Maya but Maya had feelings for Rahul. The character of Rahul was played by Shah Rukh Khan. Their chemistry in the film Dil Toh Pagal Hai and Aarzoo was loved by their fans. So, it is obvious that the segment on Dance Deewane will be a hit one on the show. On the work front, Madhuri is currently judging the same show with co-judges Tushar Kalia and Shashank Khaitaan. It has Arjun Bijlani as the host. While Akki is busy in the promotion of Gold in which he is playing a hockey coach who wants to see independent India win its first medal in the Olympics. Mouni’s fans are also expecting her performance on the dance reality show. While, talking about Gold, Akshay said, “Youngsters want to see a different kind of sports. Today other than cricket, football, kabaddi is also coming up. I hope this film gives hockey that status, hope with this film the craze for hockey increases, also people will come to know about the history of hockey when we got our first gold medal. In reality, today things are changing and hockey is getting a lot of support from the government.”