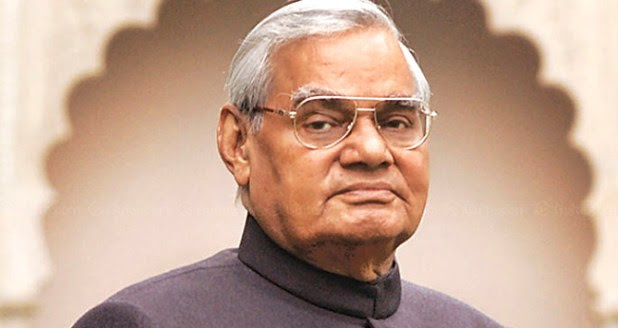 Atal Bihari Vajpayee was the three time elected Prime Minister of our country.  The 93-year-old leader had been facing severe health issues for almost a decade now. He was know for his grip over politics, his decisions, and his generosity.

He was the man of peace and friendship even with neighboring country Pakistan. But, there was a moment when he had lost his calm and said, “we will get Pakistanis out, one way or the other’ in a secret letter to US President.” It was the time of Kargil  when Pakistani soldiers had infiltrated into the Kashmir Valley and for Vajpayee, it could prove the supreme test of leadership. Vajpayee’s modified act that gave the military a free hand on the battleground of Kargil against Pakistan. But, he also believed the strategy is better left to the generals.

In action, Indian military rushed into the Kashmir valley in the answer and that was the time of June 1999 when operation Vijay had begun which in which 500 Indian soldiers lost their lives in the three-month-long Kargil. But, India successfully captured almost 70% of the territory. Then, Prime Minister Atal Bihari Vajpayee decided to send a ‘secret letter’ to Bill Clinton( President of US at that time). In the letter, he wrote, If Pak infiltrators did not switch from the Indian territory, “we will get them out, one way or the other.”

When the United States and China refused to threaten India to stop its military operations, Nawaz Sharif ordered his militants to stop the war. And, that move of Vajpayee made him the strong leader of India.

Stay connected to Laughing Colours for more such updates.