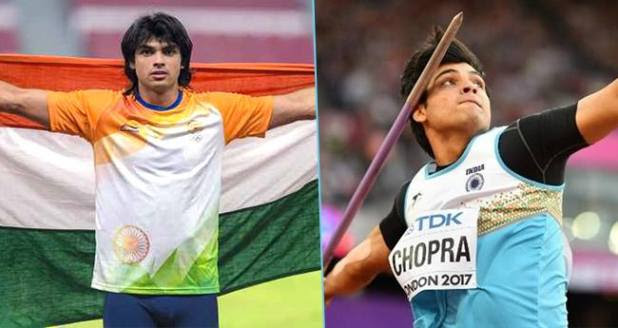 Indian sports players are making our country proud at the ongoing Asian Games 2018 held in Jakarta, Indonesia. Both Men and women are making glorious records at the sports event by bringing Gold, Silver and Bronze medals to the country. And we witnessed another glorious win of 20 year old Neeraj Chopra who became the eighth Indian to win a gold medal in the tournament on Monday. He created history by bringing the first ever Gold Medal in Javelin Throw for India at Asian Games. Moreover, he made a new record in Javelin throw with an attempt of 88.03 m.

History is made, first ever GOLD MEDAL in #Javelin Throw for #India in #AsianGames by @Neeraj_chopra1 #NeerajChopra with an effort of 88.06m- A NEW #Indian Record- wins second gold medal in #Athletics for the country at #AsianGames2018 #EnergyofAsia

The #Javelin King of #Asia pic.twitter.com/iVVSaqYNu9

He bagged the Gold medal only in third attempt and also broke his previous best record of 87.43 m.

After winning the Gold, Neeraj said, “The competition was good, I had trained well and was focused on getting a gold medal for the country. I dedicate my medal to Atal Bihari Vajpayee ji who was a great man.” Badminton Player Saina Nehwal settled for bronze after a 17-21, 14-21 loss to world No.1 Tai Tzu in the women’s singles semi-final.