Love stories of Indian Sportspeople Are Just Too Beautiful 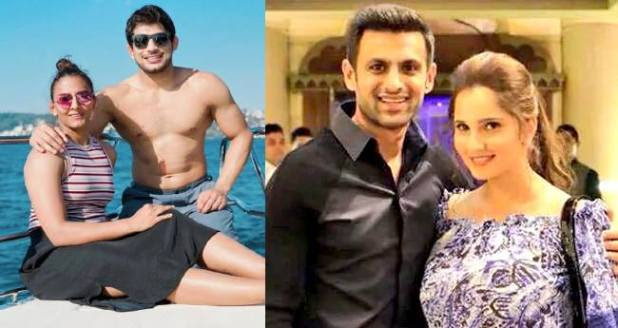 A nation like India is very fond of just one game and it is cricket. Cricket is adored in our country and cricketers are considered as God. In such a situation, the achievements of players playing different games are not noticed. There are sportsmen and sportswomen from different sports like hockey, tennis, wrestling, and badminton among others who have won awards and made our nation proud with their achievements.

Unlike cricketers, these sportspersons’ personal life is too private and not much is known about them. Let’s take a look at some of the finest sportsmen and sportswomen of India and their better halves who are their support system and their constant source of motivation.

She is the first ever woman wrestler of our country, who bagged a gold medal at the Commonwealth Games in 2010. After years in the year 2016, a film based on her journey of becoming world’s no. 1 under the guidance of her father was made. Aamir Khan played the lead role and the film was Dangal. Geeta walked down the aisle with, Pawan Kumar, who is also a wrestler. The couple tied a knot in a traditional ceremony in 2016. They met in 2016 only and instantly clicked. After talking to each other regularly for months, the couple decided to get married. Pawan is five years younger to her. Indian football team captain married his long-time girlfriend Sonam in an intimate ceremony in November 2017. The couple tied the knot in a traditional Nepali style. It was a close-knit affair. Sunil’s wife is a business management graduate from Scotland and runs two hotels in Kolkata. Sonam was his big fan and the two had a love marriage after dating for many years. The Bollywood beauty and tennis champion had a beautiful union for lifetime in 2011. The couple tied the knot in a private ceremony in Goa. Their marriage is going strong since many years and is blessed with daughter Saira who was born in 2012. Indian tennis star Sania Mirza surprised everyone when the news about her getting married to Pakistani cricketer Shoaib Malik broke out. Sania and Shoaib tied the knot in the year 2010 and now after 8 years, the couple is expecting their first child. The duo met at a restaurant and later Shoaib came to see her match. Soon, the two became friends and fell in love. The five time female boxing champion Mary Kom is happily married to the footballer, Karung Onkholer since 2005. The couple is blessed with three sons. After dating for almost 4 years, the couple tied the knot in a traditional ceremony. So folks, what do you have to say about these beautiful love stories? Tell us in comments.