In fact, after Infinity War, there was at least one article wondering, “How the hell are we supposed to care about Ant-Man and the Wasp now?” In other words, after you’ve watched armies of Marvel heroes battling for the fate of the universe, how can you care about an adventure that takes place earlier, with a mere two superheroes?

Peyton Reed, director of both Ant-Man films, told me he wasn’t worried about the stakes feeling too low. There’s some precendent, after all, with Ant-Man came out a few months after Avengers: Age of Ultron.

“That really is part of the Ant-Man movies — the stakes are really high … they’re just personal stakes,” Reed said. “You know it’s not a gigantic, genocidal villain like Infinity War. On that level, we don’t want to top Thanos.”

Instead, Reed said these films have “very different storytelling ambitions,” and in fact his hope is that they have “the most personal tone” of the Marvel films. 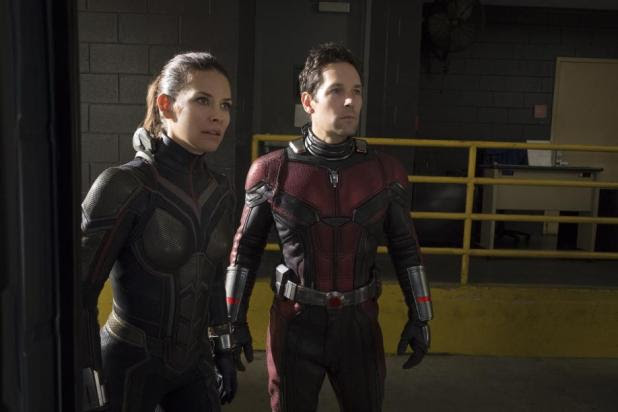 At the same time, it’s also a sequel, and the 20th (!) film in the Marvel Cinematic Universe. Asked how he approaches the audience when you’re this deep into a mega-franchise, Reed said, “I really just use myself the moviegoer, as a litmus test in terms of what they have and haven’t seen. [At] Marvel, no one wants to repeat themselves, no one wants to bore an audience.”

One of the big changes from the first Ant-Man is right there in the title: Hope van Dyne (played by Evangeline Lilly) is no longer just assisting her father Hank Pym (Michael Douglas). Instead, she’s putting on her own costume, fighting crime directly and searching for her long-lost mother Janet (Michelle Pfeiffer). In many ways, Hope proves to be a more competent superhero than Scott Lang (Paul Rudd), who took on the mantle of Ant-Man in the previous film.

Rather remarkably, this is the first time a female superhero has made it into the title of a Marvel Cinematic Universe film (Marvel characters like Black Widow and Gamora have thus far been limited to team movies, or appeared as supporting characters in someone else’s story). Reed said even while he was developing Ant-Man, there was already a plan to have Hope step up in the second film — partly because, thanks to the comics, he’d always thought of the characters as a duo.

“It also felt like the organic way to forward these characters from the first movie,” he said. “We knew Hope van Dyne was very capable, but was being held back from that by her issues with her father. Now that the issues between them are resolved, we can create a really fully-formed hero.”

The sequel also provided more of an opportunity to explore the the sub-microscopic “quantum realm” introduced in Ant-Man. The setting may feel pretty out-there, but Reed said he worked with the film’s technical consultant Spyridon Michalakis (a quantum physicist at Caltech) to try to get the science right. 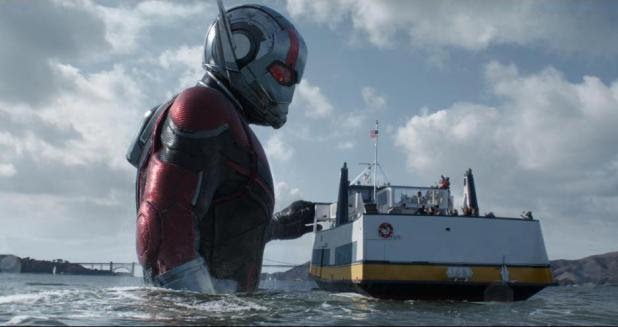 As an example, he pointed to the film’s treatment of quantum entanglement as a way to incorporate a real scientific concept while introducing it in a way that’s funny and character-driven.

Ant-Man and the Wasp also takes better advantage of real San Francisco locations like Lombard Street — Reed noted that while the first film took place in SF, much of the action was limited to Hank Pym’s house. This time around, he wanted to “open up and be in actual San Francisco,” which created its own challenges, particularly since the new movie is also playing with Scott’s ability to both shrink and increase his size.

“Shooting in daylight, exterior San Francisco, you had to believe that Giant Man was really there,” Reed said. “That was probably the biggest overall challenge — we’d done a shrinking movie already, so we played with variable size while trying to keep it photo realistic.”

While Reed’s found new success with superheroes, I also wondered if he ever worries that Marvel and Marvel-style blockbusters are crowding out the studio comedies that he made his name with, like Bring It On and Down With Love. Reed countered that this was an issue “long before the Marvel Cinematic Universe,” with studios either wanting to make “low, low budget movies” or giant blockbusters.

“I don’t think it any tougher now,” he said. “Honestly, in some ways it’s a bit easier, because not only studios but people like Netflix are financing comedies and stuff like that. I guess what I’m saying is: It’s always been tough.”