Facebook today revealed that it’s chosen not to shut down all political ads because that could unfairly favor incumbents and candidates without resources to buy pricey TV ads. Instead, it’s now launching its previously announced “paid for by” labels on political and issue ads on Facebook and Instagram in the US, and its publicaly searchable archive of all these politics-related ads that run in the US. That includes ads run by news publishers or others that promote articles with political content.

The archive will only include ads from early May 2018 and after, but then hold them for seven years so they can be searched by keyword or Page who ran them, and display aggregated, anonymized data on the age, gender, and location of people who saw them. Facebook plans to provide a database available via a forthcoming API that will let watchdog groups, academics, and researchers review how ads are being used to influence elections.

While the labels and archive are good step towards transparency, there are still a number of problems with the program. Most specifically, while the political action committees and organizations that often fund political ads can have confusing or misleading names that obscure their true purpose. Simply listing those organizations in the Paid For By labels or archive won’t necessarily give users a lot of information about who the people behind the money are unless they’re willing to go digging across internet themselves.

Another issue is who will have access to the archive API, since the Cambridge Analytica scandal all started with an academic researcher accessing Facebook data. 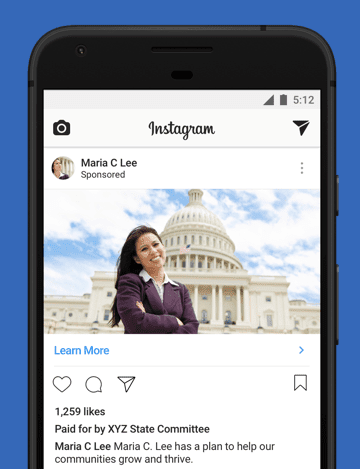 Facebook held a conference call to discuss the launch with reporters this morning, but unfortunately timed it to end just 15 minutes before the news went out. You can listen to that call below, and we’ll have more analysis shortly.